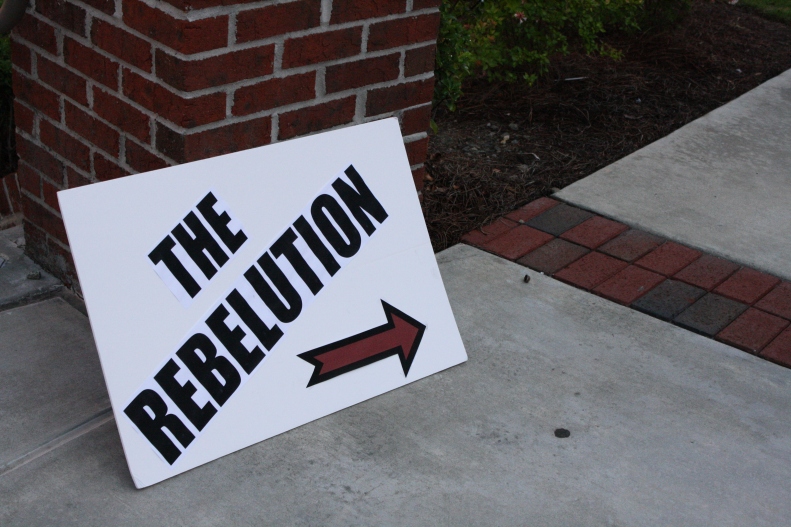 “…In 1 Timothy 4:12, the Apostle Paul tells Timothy, “Let no one despise you for your youth, but set the believers an example in speech, in conduct, in love, in faith, in purity.” In other words, as young people we are called to be exemplary in all areas of life. Our generation is falling incredibly short of that calling. Instead of serving as the launching pad of life, the teen years are seen as a vacation from responsibility. We call it the “myth of adolescence.” And the Rebelution is all about busting that myth…” ~ from the Rebelution website

My daughter and I are fresh from The Rebelution conference held here in Atlanta this past weekend. And while she and I were already challenged by the book Do Hard Things and its sequel, Start Here, the conference was life changing. And had I not left my Bible and my spiral notebook full of notes (I put them down to take photos), I would list for you in detail all I felt compelled to write. Instead you get the straight-from-my-heart version. 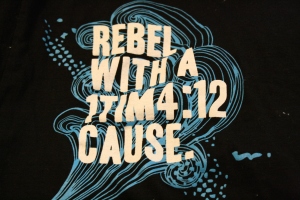 The Harris brothers, twins Alex and Brett, began by sharing the story of the summer they were sixteen. Their father came in and plunked down an enormous stack of books. In the pages of these books they learned many things. In the early 1900s labor laws were set in place for very good reasons to protect children. At the same time it was mandated that children attend school through the age of 18. Those same laws removed the reasons for these young people to remain a productive part of society. These children became consumers rather than contributors. They also found that the word ‘teenager’ was coined by Reader’s Digest, first appearing in a 1941 issue.

From what the brothers learned, they felt convicted to start a blog called The Rebelution: A teenage rebellion against low expectations. Traffic grew to their site. An Alabama court justice invited them to an internship with the court. He challenged them to test their premise of young people Doing Hard Things. The twins proved their premise at age 16. Next they collaborated on a book. The book led to a conference tour to spread the message. Along the way they continued to be amazed but not surprised at what the Lord was doing in their lives. 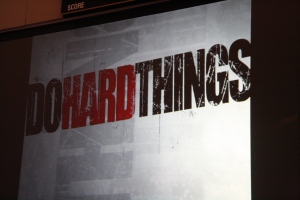 Our society expects most teens to make their beds and do one chore each day. To clean their room once a week without mom and dad’s help. That’s all! What were teens doing in our country before the changes in labor laws and mandated education? The brothers gave example after example of young people with productive teen years. George Washington – at age 14 became Chief Surveyor and Mapmaker of Culpeper County, Virginia. Braving frontier country. Prior to acquiring the position, he had educated himself in advanced mathematics. Clarissa, at the age of 13, nursed her brother back to health over the course of two years. Even though she was terrified of the sight of blood. She nursed most of her town during a small pox epidemic. Later, at the age of 17, she was the teacher of a one room schoolhouse. She, Clara Barton, went on to establish the Red Cross. Both George and Clara took the first steps doing hard things as young people.

We were privileged not only to hear from Alex and Brett but also from their older brother, Josh Harris. You may remember him from I Kissed Dating Goodbye. His is the next resource I’d like to get, Dug Down Deep.

But don’t let this rebellion against low expectations stay with the teens. Adults can put to work every amount of this important message. I found myself challenged to do hard things as well. I’ve been thinking on my own habits. Yes, how many times have I said, I’m just not an outgoing person. I’m just not very good in that area of study. I just don’t have the stamina for… and allowed those thoughts to set lower standards or serve as an excuse? So, as a family we will check out all the books the Harris family recommends. 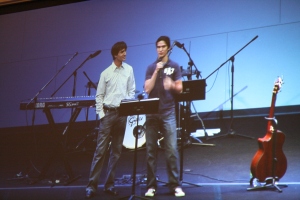 “…The Rebelution is made up of three fundamental parts. We’ve talked about two of them: character and competence. The third one is collaboration. It’s not enough for us to be individual exceptions. It’s not enough for us to try to ignore the culture. We have to create a counter-culture. The way we do that is by networking, exhorting, and encouraging one another in the fight. By God’s grace, that’s what The Rebelution has become. And when you have a community of young people mutually committed to doing hard things in their teen years for the glory of God, that’s an incredibly powerful thing.” ~ The Rebelution

If you don’t have a child facing the teen years, you soon will. If yours are still young, please tuck the Rebelution link away for later. But make it a habit to tell others. Our friends told us to get the book. They also urged us to go to a conference as soon as we had the chance. To Do It. I’m thankful they told us and I’m sure glad we did.

For us southeasterners, The Rebelution conference will be in Nashville on August 14th. For the full schedule, click here.

But don’t just take it from me. My daughter wrote about the Do Hard Things book back in May. I know of one family that got the book and attended the conference based on her recommendation. Click A Young Woman for God to read her review.

2 thoughts on “Do Hard Things”